Been a long time between posts, but will slowly bring it up to date,, basic shape of the land form now in place, now to cut and shape the landform, now to play snowman, one of the best things you can buy is a Ozito wet and dry vacuum cleaner, then do small sections at a time, it just makes it easier to clean up, that way you don’t have ‘snow’ everywhere 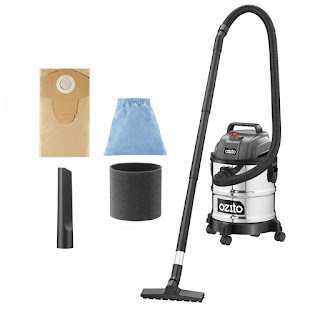 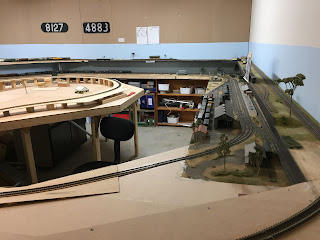 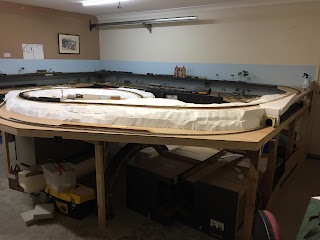 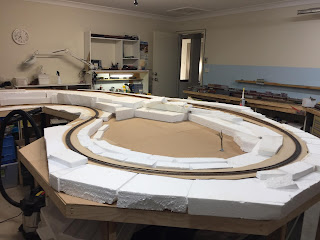 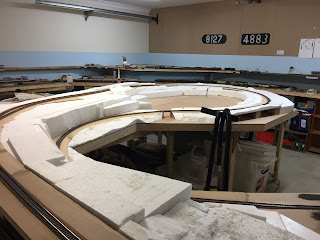 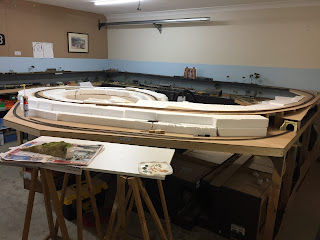 Been a long time between posts, but finished doing the grade and now running/testing trains 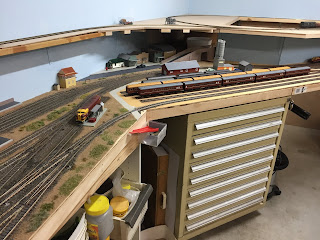 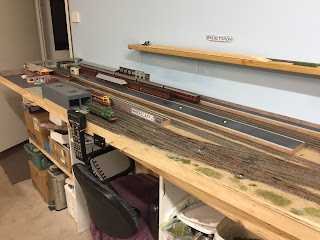 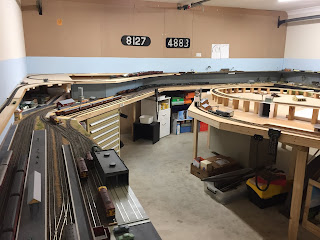 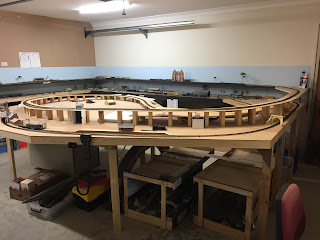 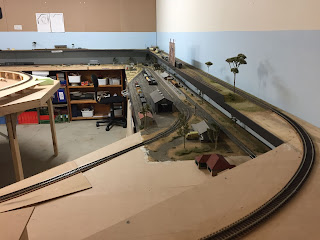 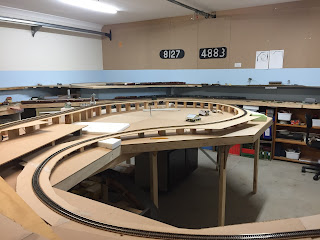 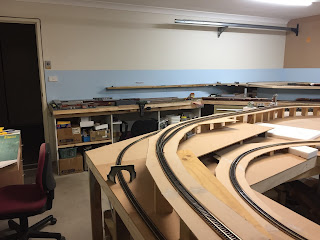 Not going to bore with pictures of wire under the track but this part of stage 4 now wired up and I am running trains. The extra wiring you see is for the reversing loop, point motor and bus wire for stage 4 ready to be connected to the main bus when stage 1 is constructed 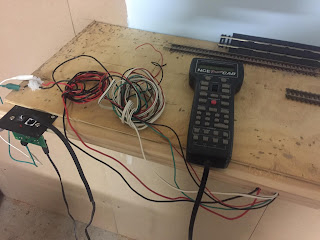 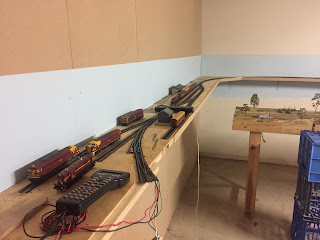 When I have trains running I get inspired to carry on, so all this section of track was tested and passed and a enjoyable day or two of testing running locos up the grade 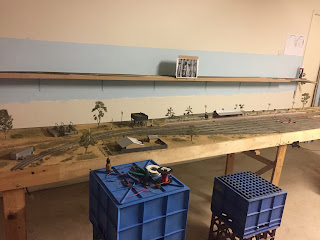 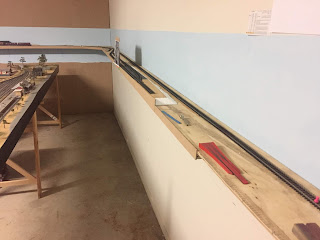 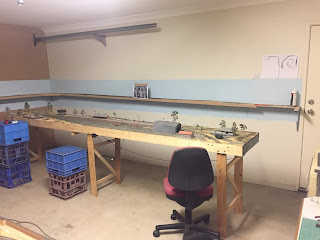 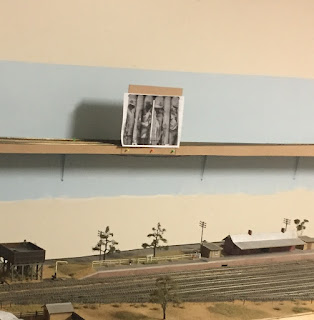 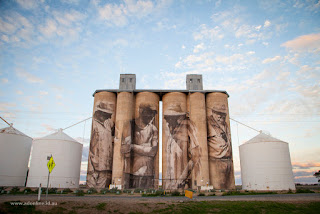 
The idea of the layout came about because my good mate Marcus has a layout based on the Main North and when you are running trains you have to bank your train up a 1;40 grade from Murrurundi to Ardglen. I spent many enjoyable hours being the banker, so it was decided to have a grade on the home layout. I had most of the locos and rolling stock for the time period of the mid sixties so Tumulla bank out in the Central West was chosen for a home layout. The layout was planned for a 7M x 3.5M garage, so when I eventually stopped building and exhibiting layouts that part of the garage was for the Home Layout


Another good friend Garry has a layout based on the Newcastle to Fassifern line http://newcastle-modelrail.com/ and I was hooked in running and terminating trains on his Newcastle station. So the dilemma was how to build a layout from Newcastle to Blayney so I then can incorporate Tumulla Bank, ambitious you say so did I, and then my wife and I decided that Sydney was getting too crowded so we moved to the upper Hunter Valley. The bonus was 6M X6M garage waiting for a layout to be built


So as part of the move I had to sell all my exhibition layouts as there was no room for them as I wasn’t going to exhibit anymore. I was building my Home Layout. Mullet Creek went to the Auscision shop as a display layout and some good friends bought the others. All except Whereist as that was my favourite because I liked shunting and making up trains


How to incorporate Whereisit into Tumulla Bank and Newcastle Station all in a 6M x 6M garage, impossible unless you build something based on all these features


Stations ; Wherecastle; [based on Newcastle]


Wherearewe; on the line to nowhere loop and then comes back [2 level]


From Whereist the train has to encounter Wheremulla Bank  1;63 the banker will be stationed at Whereisit for trains over 400 tons for the push up Wheremulla Bank


The layout will be an operational with some scenery 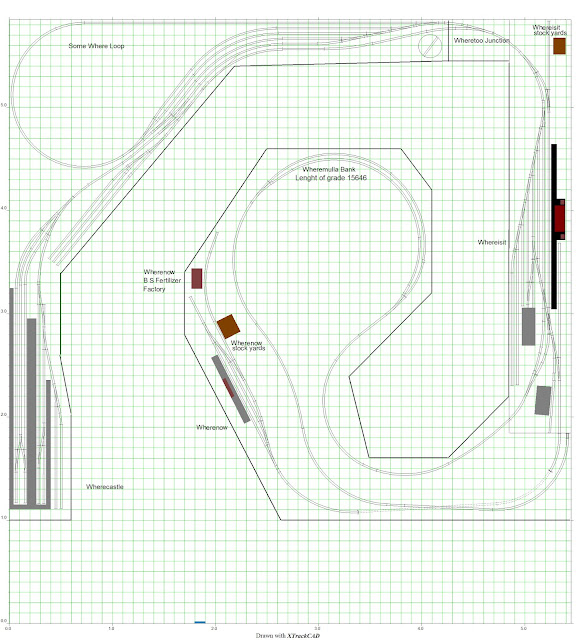 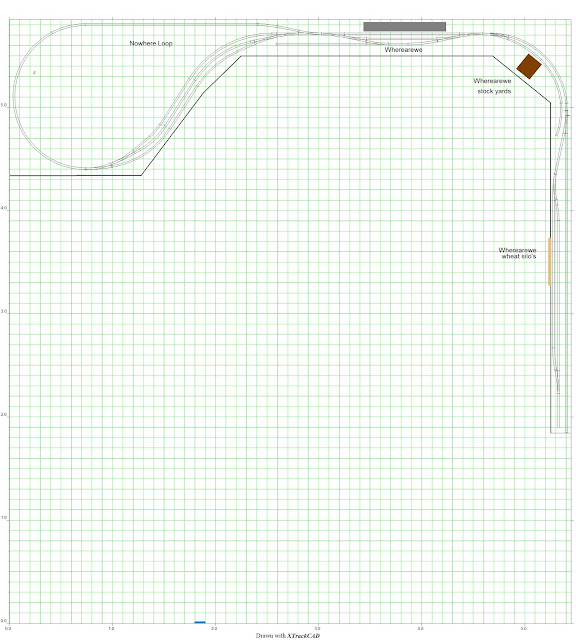 Well, after 27 years of building and exhibiting layouts it’s time to build my home layout. I moved to the Upper Hunter Valley about 7 months ago and now have a 6m x 6m garage to fill with a home layout. My exhibition layout Whereisit is the start of my home layout but before the first bit of track laying starts the garage door has to be filled in and made a wall 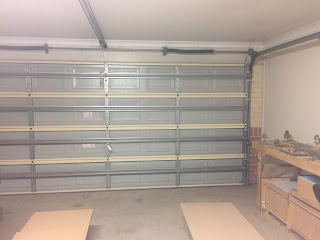 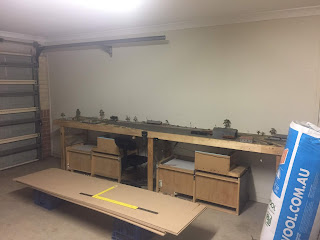 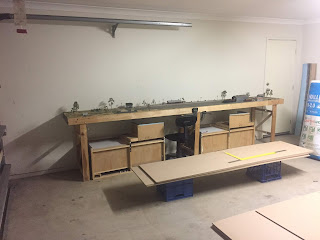 Whereisit was last exhibited at the AMRA Vic branch Caulfield exhibition 2013 and then stored in the garage where I lived in Syd. It has five years of dust to blow off and a good clean up before it becomes part of the home layout, but as a modeller who can’t wait, some track was cleaned, plugged into a Powercab and a couple of locos ran, 3 hours of testing and all good, now back to the wall


Stay tuned track plan coming up next
at October 08, 2018 No comments:

Been a long time between posts, but will slowly bring it up to date,, basic shape of the land form now in place, now to cut and shape the...